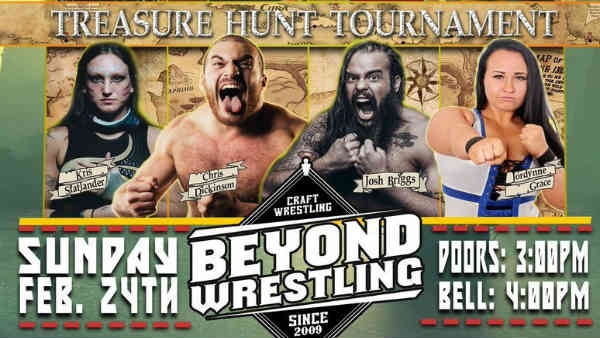 Preview: The one night tournament takes place this Sunday February 24, at the Varnum Memorial Armory in East Greenwich, Rhode Island. Eight of the top independent wrestlers (male and female) will compete. There are five announced matches for the event, four first round tournament matches and one non-tournament match.